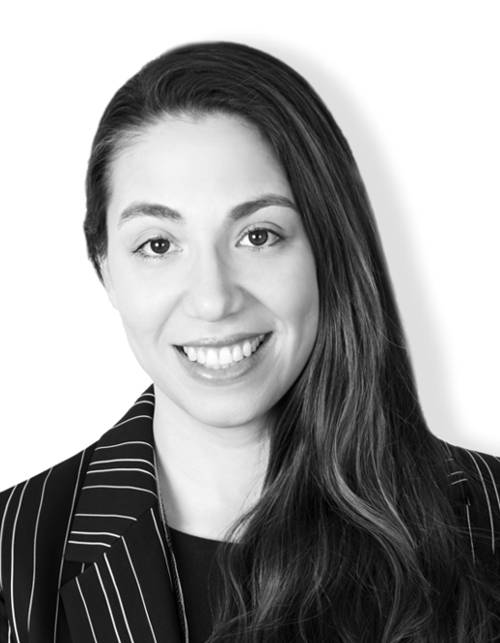 This email address is being protected from spambots. You need JavaScript enabled to view it.
914-472-4242

Prior to joining the firm Krystle was a prosecutor at the Bronx District Attorney’s Office for 5 years. During that time, she prosecuted drug offenses, attempted murders, robberies, and other serious violent crime. There she interviewed, correction officers, police officers, civilian and expert witnesses. She negotiated plea agreements and presented evidence and testimony to grand juries for indictment on various charges on a weekly basis.

After prosecuting over 200 cases, conducting suppression hearings, trying several cases to verdict, and indicting over 80 felony cases, she joined the Narcotics Bureau. There where she worked with a team of dedicated law enforcement agents who performed undercover operations, conducted investigations utilizing confidential informants, and drafted various subpoenas and search warrants.

Krystle subsequently transitioned to civil litigation focusing her practice on medical malpractice and negligence, particularly in the area of nursing home defense cases. She defended malpractice claims through all phases of litigation, including mediation.

Before becoming a prosecutor, Krystle assisted with criminal defense of indigent individuals and interned at several public defenders’ offices in New York City. She also served as a judicial intern for the Honorable Dora L. Irizarry, Chief Justice, Eastern District of New York, where she drafted opinions in civil matters regarding the Social Security Act and the writ of habeas corpus.

Prior to Law School, Krystle received a Master's Degree in forensic psychology, where she learned to apply psychological principles to the legal arena. Krystle has experience performing psychological assessments and counseling a wide variety of individuals, including those suffering from severe mental illness and housed in maximum security facilities.